We’re here and ready to help!

As lockdown continues to ease across most of the UK, like everyone else we are adapting to the new normal. As a company that manufactures components for a range of medical products, we have continued to work throughout the pandemic in accordance with public health guidelines. Some of our office-based staff who have been working […]

We’re delighted to announce that Hannah Prickett and Bev Takle have both been promoted to manager. Hannah, who has a degree in marketing and tourism from the University of Gloucester, joined us in September 2015. Since then, her work has focused on promoting our Bloccs’ waterproof covers for casts and dressings which we researched and […]

We’ve been presented with our second Queen’s Award

After first winning in the Queen’s Award Innovation category in 2016, we’re thrilled to have won the same accolade in the export category for impressive year on year growth in Bloccs’ international sales. Edward Gillespie OBE toured our factory in Stover Trading Estate before making the presentation on behalf of the Queen and meeting staff. “You’re […]

Our second visit to Buckingham Palace

Two members of our Precision Dippings Manufacturing (PDM) team, attended a reception at Buckingham Palace last week having won a second Queen’s Award for Enterprise – this time for International Trade. After first winning  in the Innovation category in 2016 for  the research, development and launch of  our ground-breaking  Bloccs’ waterproof cast and dressing protectors, […]

We are delighted to have won a second Queen’s Award for Enterprise – this time for International Trade. Having first won in the Innovation category in 2016 for the research, development and launch of ground-breaking Bloccs’ waterproof cast and dressing protectors, we have now received royal recognition for our global sales. In the last three years, we have increased exports by 105% to countries that include […]

It’s 2018 and whilst those of us in the UK have been shivering in recent weeks, temperatures in Australia have been soaring. It’s the height of summer there of course so lots of good reasons to head for the beach or pool to have some fun and cool down. This is the first season that […]

We recently exhibited our new Bloccs waterproof elbow protectors at Medica 2017 – the first time that the new product has been exhibited publicly. Designed to keep a dressing, cast or PICC line dry whilst having a shower or bath, the re-usable adult and children’s covers are easily stretched over the elbow area to create […]

Using our specialist expertise in rubber product design, we’ve just supplied the watertight neck seals for team GB’s official kayaking kit. The Peak UK World Championship Team will be competing in the 2017 Freestyle Canoe Championships in Argentina at the end of November. The rubber seals were commissioned by Peak UK who pioneered the production of custom […]

When emergency nurse practitioner Judith Barry borrowed a three-dimensional anatomical model for a training session at Chard Minor Injuries Unit, she realised just how useful a teaching aid it was. Some very senior staff had recently retired from the unit and a lot of students were coming through so, rather than continuing to rely on […]

We’re celebrating a record-breaking sales month in June that was topped off with an agreement to supply giant retail outlet Superdrug.  We’ve seen a 20% increase in sales during this financial year and Bloccs, our first ever consumer product, is recording a massive 40% rise. Exports account for just under half of the overall sales […] 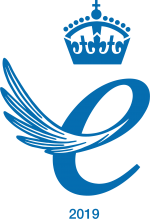 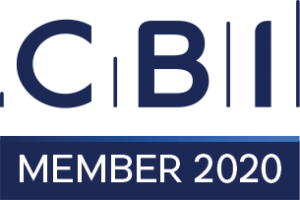