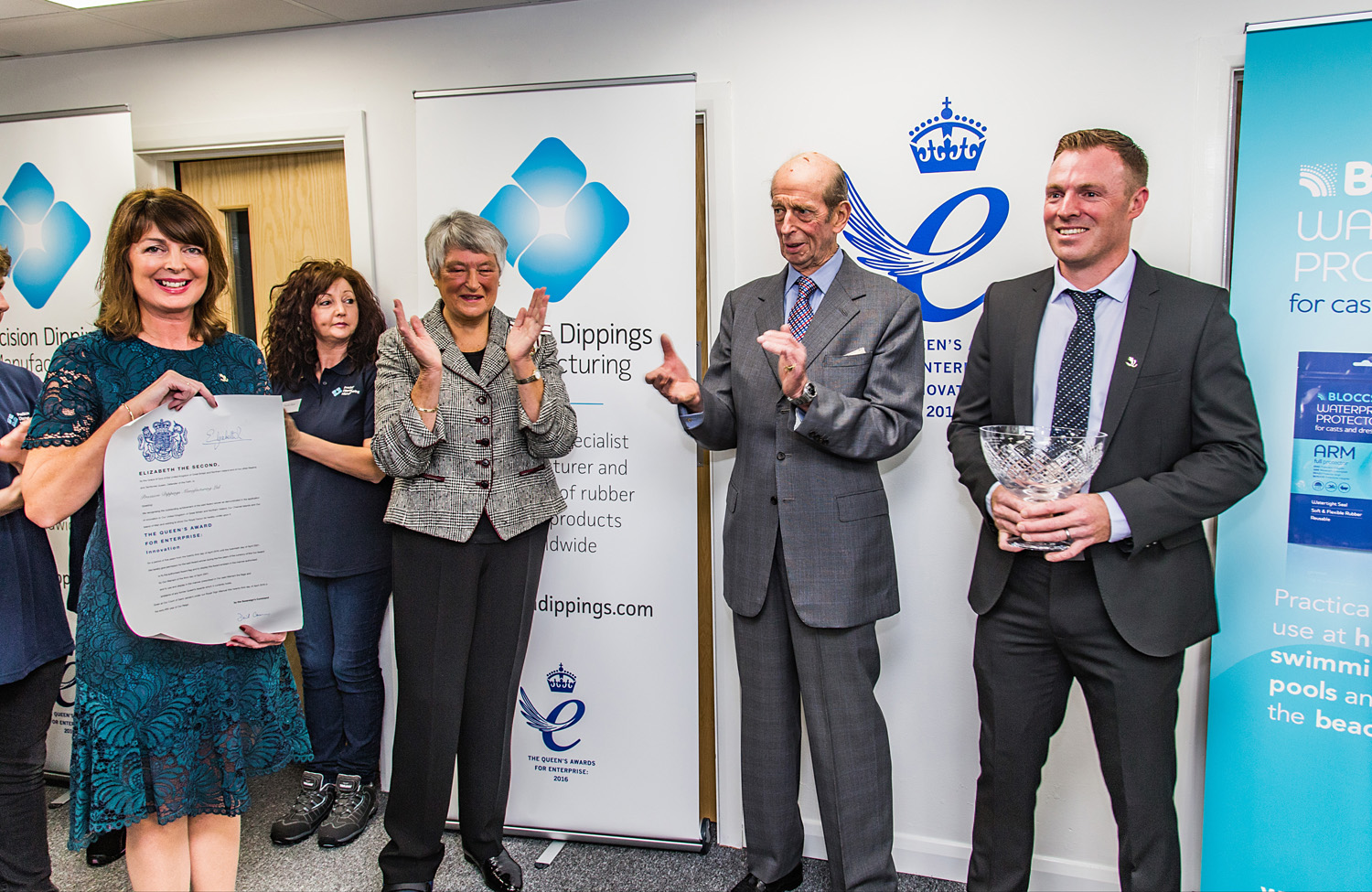 We are delighted to have won a second Queen’s Award for Enterprise – this time for International Trade.

Having first won in the Innovation category in 2016 for the research, development and launch of ground-breaking Bloccs’ waterproof cast and dressing protectors, we have now received royal recognition for our global sales.

In the last three years, we have increased exports by 105% to countries that include the USA, Australia, New Zealand, Germany, Netherlands, France and Sweden. Bloccs re-usable covers, available in adult and children’s sizes, allow users with a cast or dressing that needs to be kept dry to swim, bathe and shower normally – making them an especially big hit with families going on holiday. The medical profession has also been impressed with the protectors which are now available on prescription in the UK.

“To win a second Queen’s Award for Enterprise is absolutely amazing and a real testament to the hard work and enthusiasm of all our team,” said Director Kate Richards. “Bloccs have become one of the UK’s market leaders and are fast achieving the same status internationally. We love hearing about the positive impact they make on our customers’ lives – to feel you’re making a worldwide difference with a product line that’s being manufactured near Bristol is immensely rewarding.”

Now in its 53rd year, the Queen’s Awards for Enterprise are the most prestigious awards of their kind in the country – entitling winning businesses to use a special emblem for the next five years. To celebrate their achievement, a royal reception will be held for winners this summer.